ding is a client-server thing written in python3. Its aim is to execute a set of commands remotely. The commands can be set in the server's config file.

How does it work?

The server will wait for a command to be sent by a client. If the command is present within the server's config file it will then execute the command, else nothing will happen.

What about ding's security?

The authentication is done via a SSL Client Certificate signed by an (self generated) Certificate Authority. The scripts for generating a CA and signing the Server/Client Certificates are also included to make it (relatively) easy. [ This involves typing in a few certificate details and entering a previously defined CA password. ] 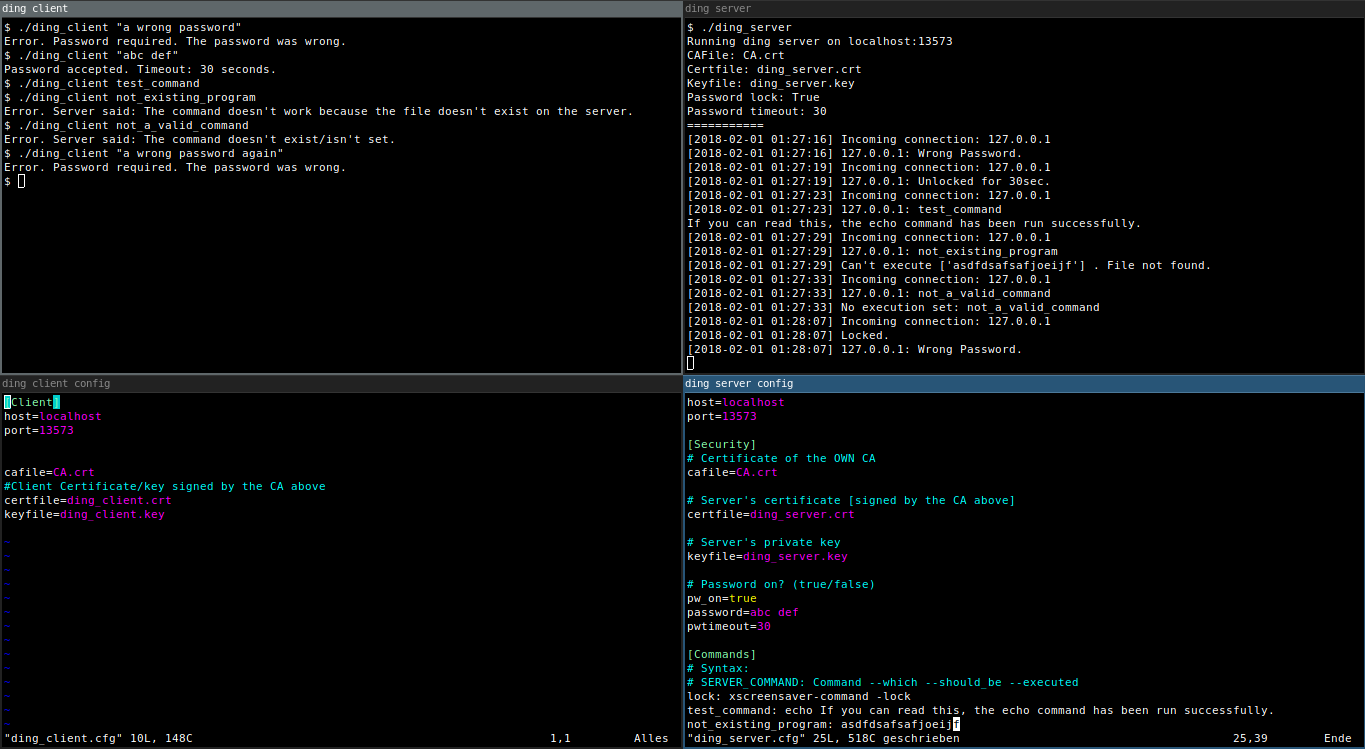 At every step please read carefully what the generate certificates scripts want from you. The information on the certificates doesn't need to be true and can be totally random. They only need to be different from one another.

A word about the commands

It works much better to use (bash) scripts instead of executing the commands directly.

If you want to be sure that this power won't be abused by bad people using your computer, you may want to add a password (saved in cleartext). The password will be sent inside the TLS connection.

Warning! Beware of the shell history!

If you have a password with special characters as in spaces and the like, you may want to use quotation marks around your password. ./ding "abc def" or python .\ding "abc def" on Windows.